A couple quick notes in an attempt at a quick post.

On the way into work early Thursday morning, November 3rd, I counted nine Christmas tree trucks heading in towards our local Christmas tree farms. Ever  since, the air resounds with the sound of helicopters and the house rumbles all day as the trucks barrel past going ungodly speeds to rush all those Christmas trees out to the masses. It’s really hard to get a decent picture of the trucks as most of them are traveling well over 70 mph on our windy country roads. 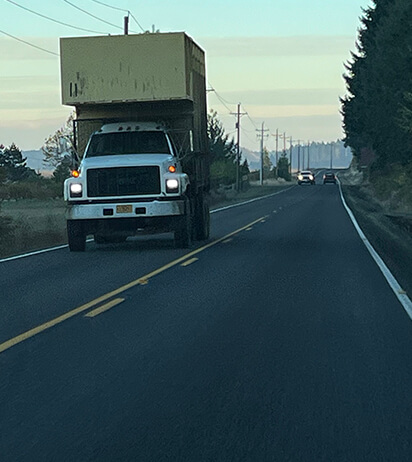 I’ve never felt comfortable enough stopping to watch the whole process (lots of rapidly moving equipment, yelling, etc.), but the gist of it is that workers go to the Christmas tree farm early in the morning, where they cut the trees and mass them together on nets. A helicopter then comes, picks up the net, and drops them in a truck, which then shoots the trees over to a central distribution center. There, the old needles are shaken out, the trees are wrapped tightly to prevent damage, and they are shipped off around the country. The distribution lots run until late in the evening. Their lights are visible are visible for miles around the surrounding countryside. It must be a very intense process to get all of those trees out so quickly in a very compressed amount of time. There are some decent videos of the helicopter process over on your local video-sharing platform if you’re curious. 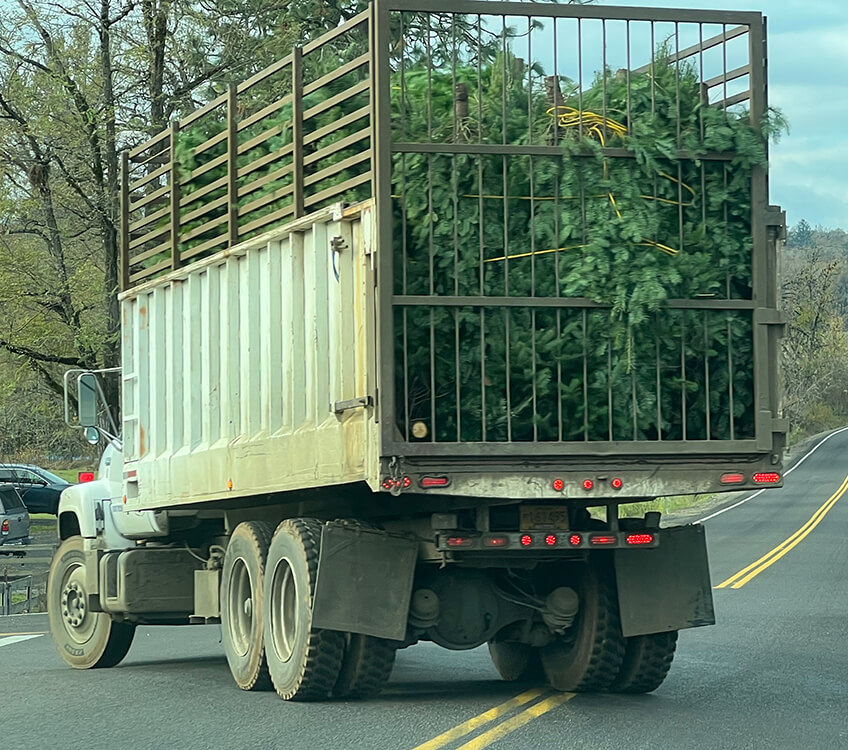 Oregon is the largest supplier of Christmas trees in the US, producing almost a third of the trees that we see each year. In 2021, we sold about 3.5 million trees total.

There are still a few trucks shooting by as I write this, but the sense of urgency is no longer there. The trucks seem almost leisurely going by at a more reasonable 55-60 mph. And, I no longer hear the helicopters buzzing around.

In other news, our first frost came on November 9 this year. We’ve since had over a week with mornings in the upper 20s. Yet, our poplar stubbornly refuses to let go of its leaves. Hoping they will come off before we get significant snow/ice this year. 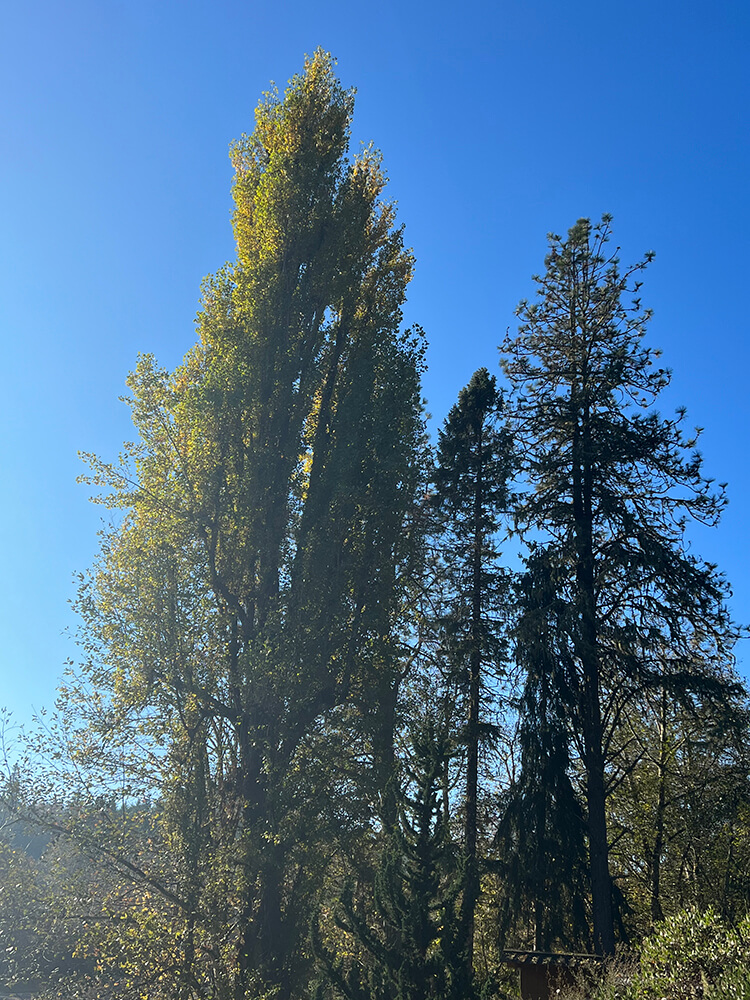