Today, an entire post devote to a single plant, the California pipevine. Here it is, growing on the side of our old woodshed. I’m afraid it isn’t much to look at, but let’s take a closer look at the flowers.

Here they are (below), pale green, inflated things, dangling down, about the size of a thumb. On the left, a newly opened flower. In the middle, a side view where you can see how the flowers really are shaped like a pipe. On the right, an older flower where the inside of the mouth is starting to turn brown. Visually, I like this stage with the color contrast the best. 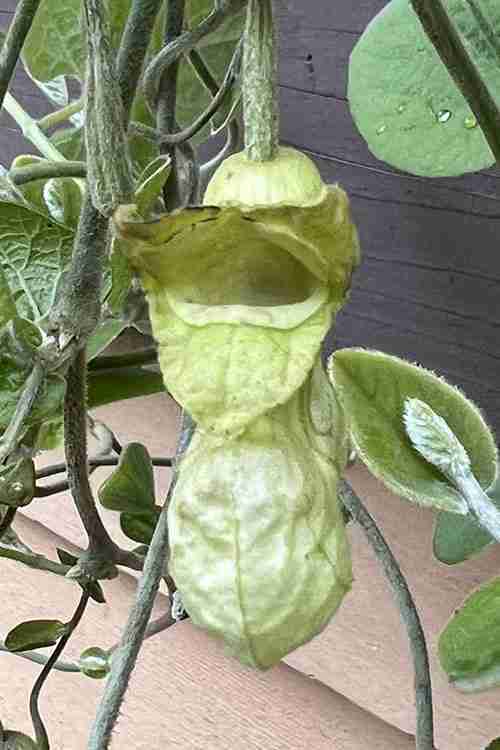 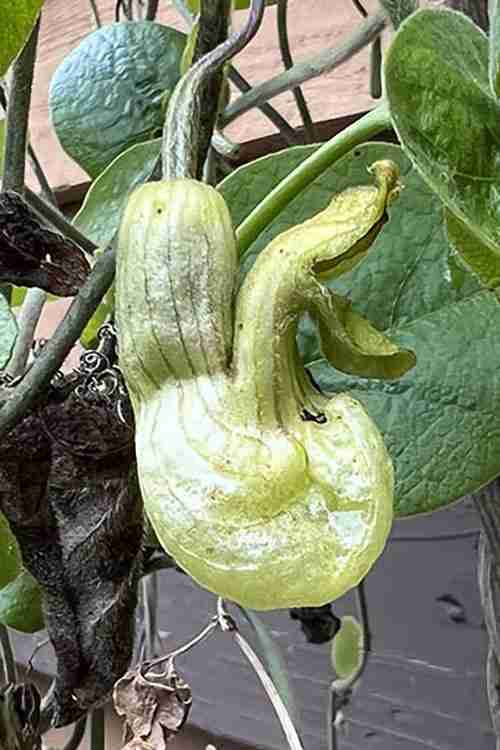 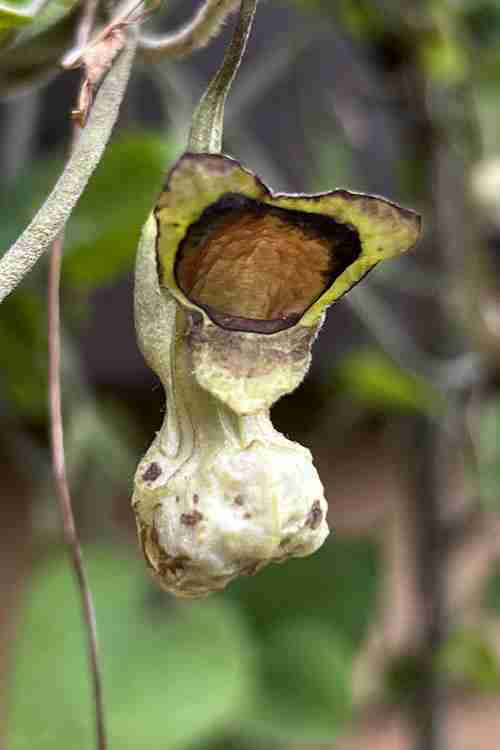 Some closeups showing the detail of these unusual flowers. I was going to dissect them to see what was inside, but that was the morning I decided to go to Kathy Allen’s rock garden plant sale down in Central Point, OR.  I had a long drive ahead of me, so I ended up putting it in a plastic container, fully intending to come back to it later. 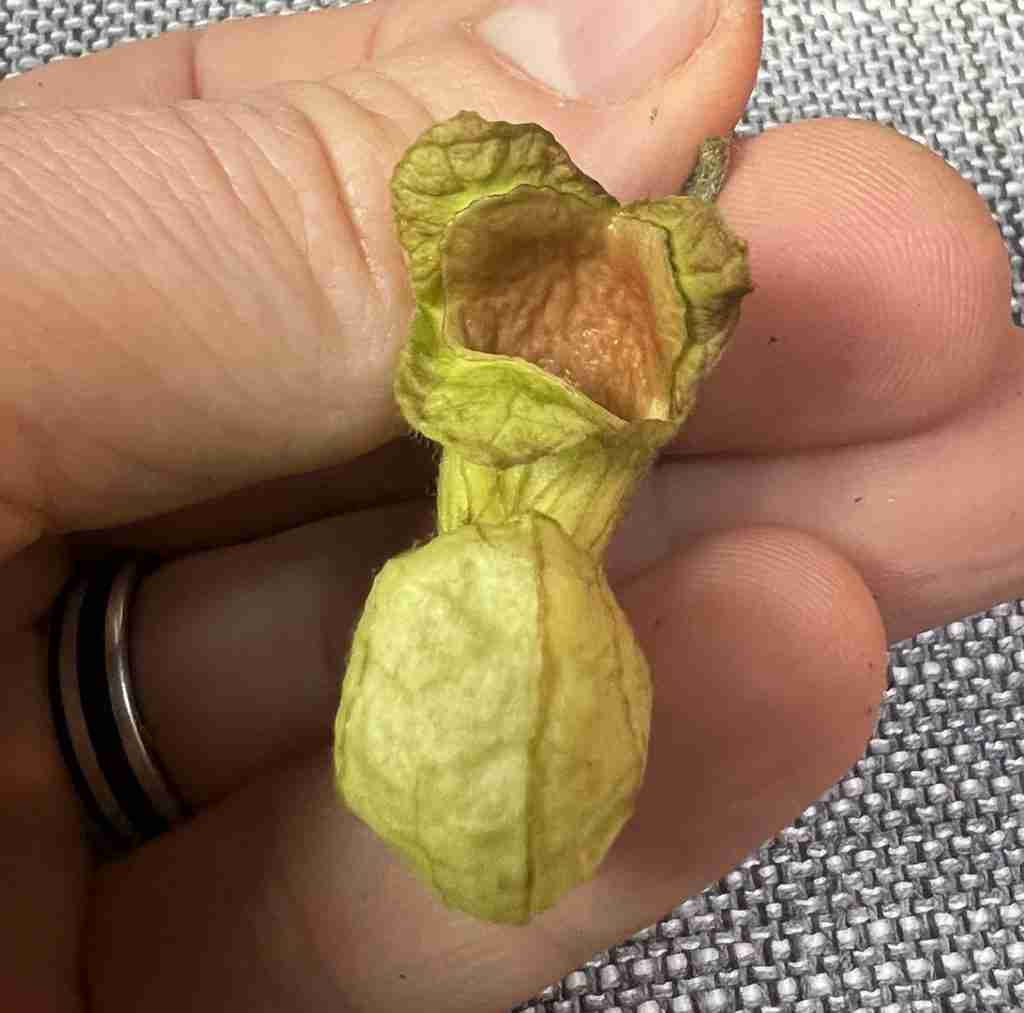 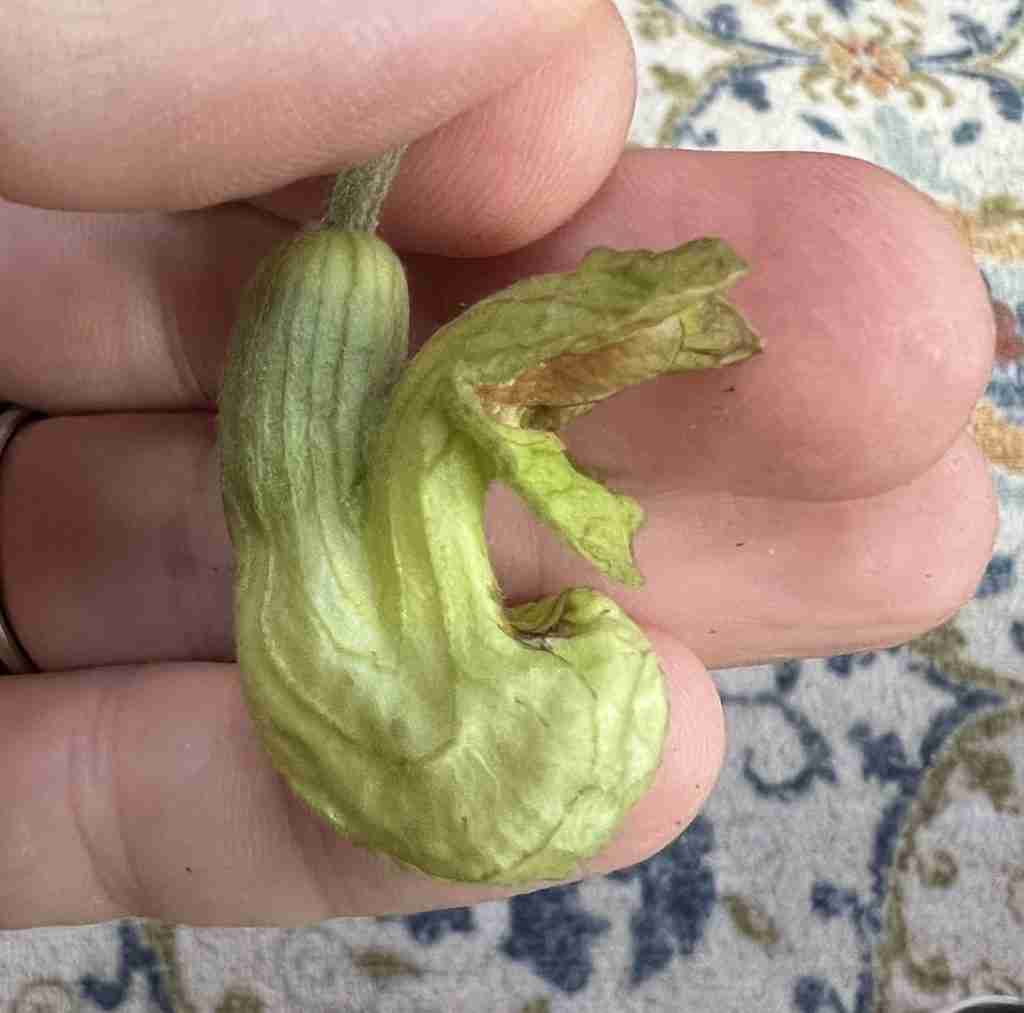 The next morning I found this waiting for me (left, down at the bottom center of the container). Closeup on the right. Can you see a little pollen on its back? 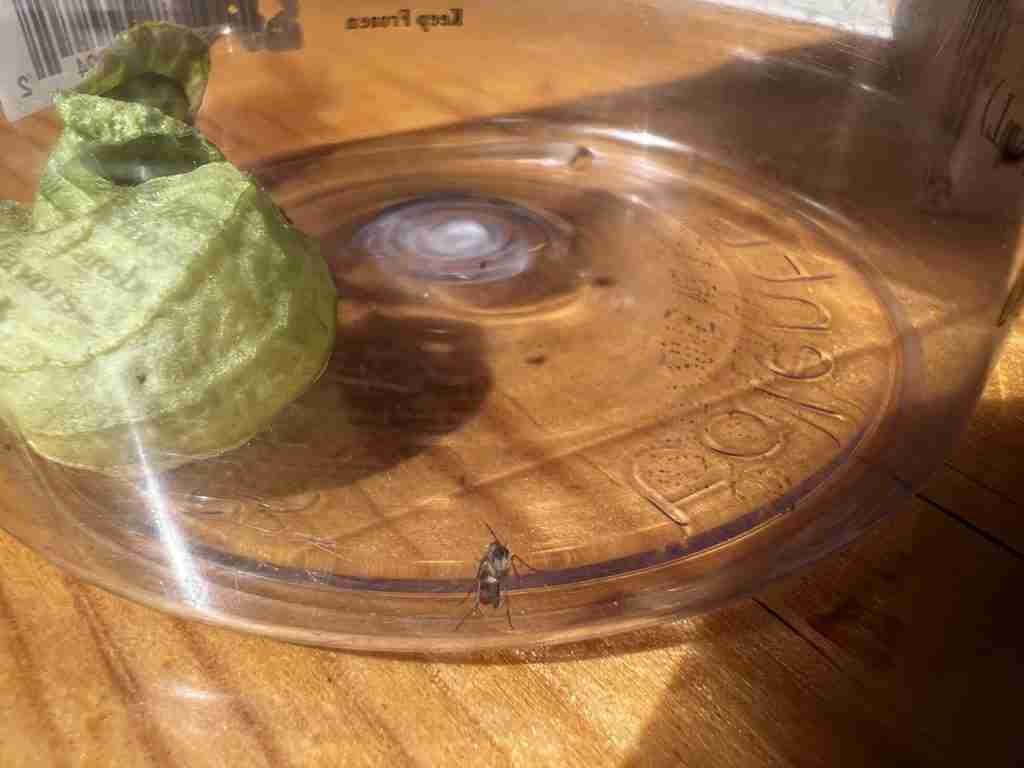 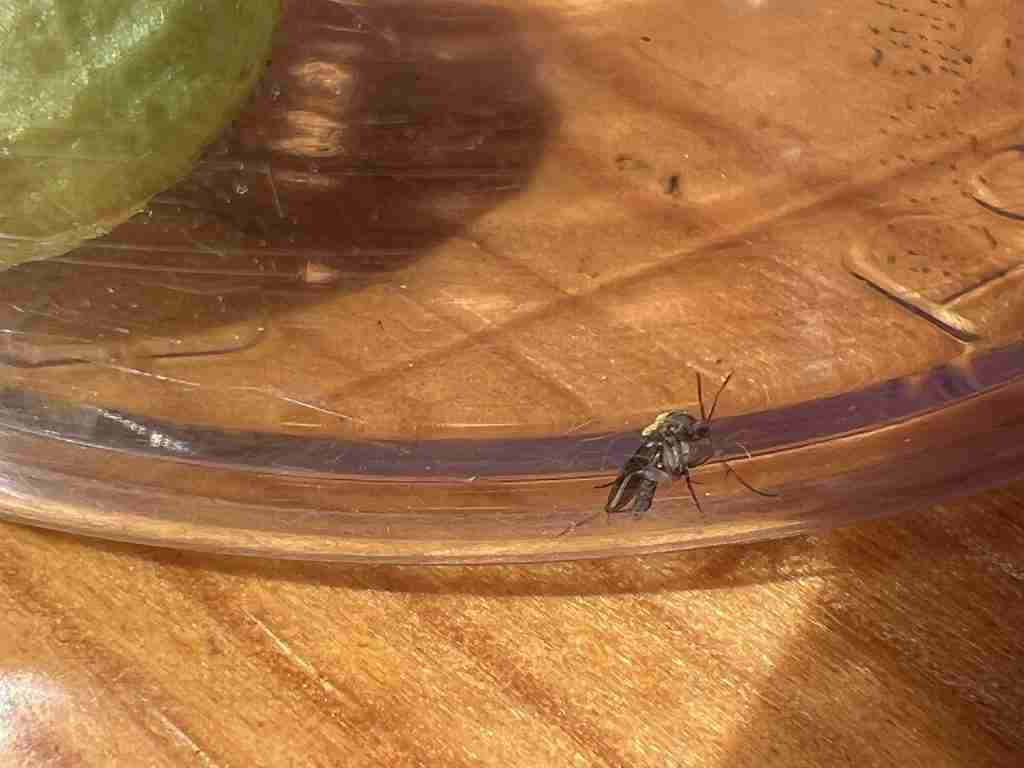 As I removed the flower from the jar, this little fly came crawling out with its back also covered in pollen. 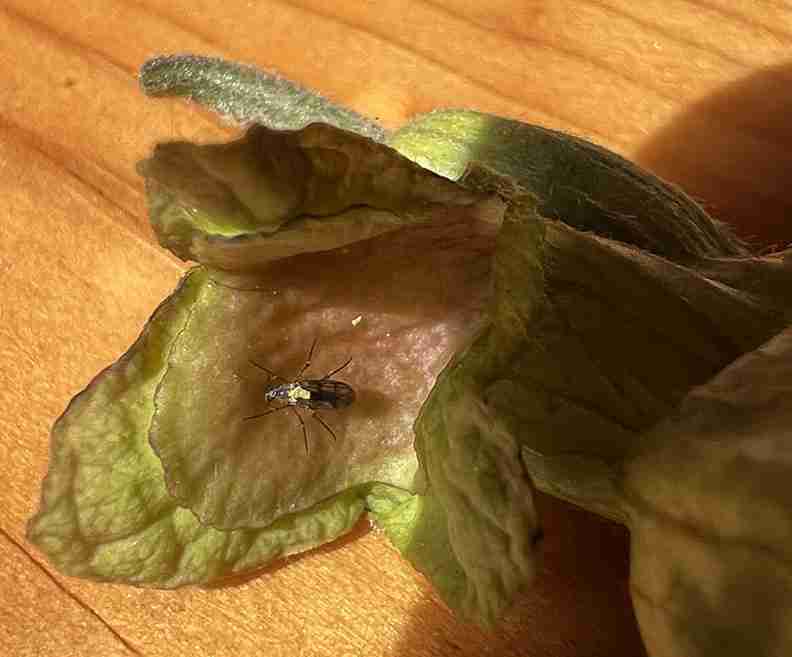 Here’s a cross section of the flower. Several dead flies tumbled out as I cut it, plus there were a few more live ones crawling around. In this picture, the opening of the flower is facing to the right towards one of the dead flies. Just below the opening is the big inflated pouch leading back up to the left where the stigma and anthers are. It was interesting to find maroon black coloration surrounding the stigma with a light green area above that where the flower attaches to the vine. I wonder if enough light gets through from the top so that it tricks the flies into heading upwards? There is a slightly unpleasant odor, vaguely sweet, vaguely fishy. 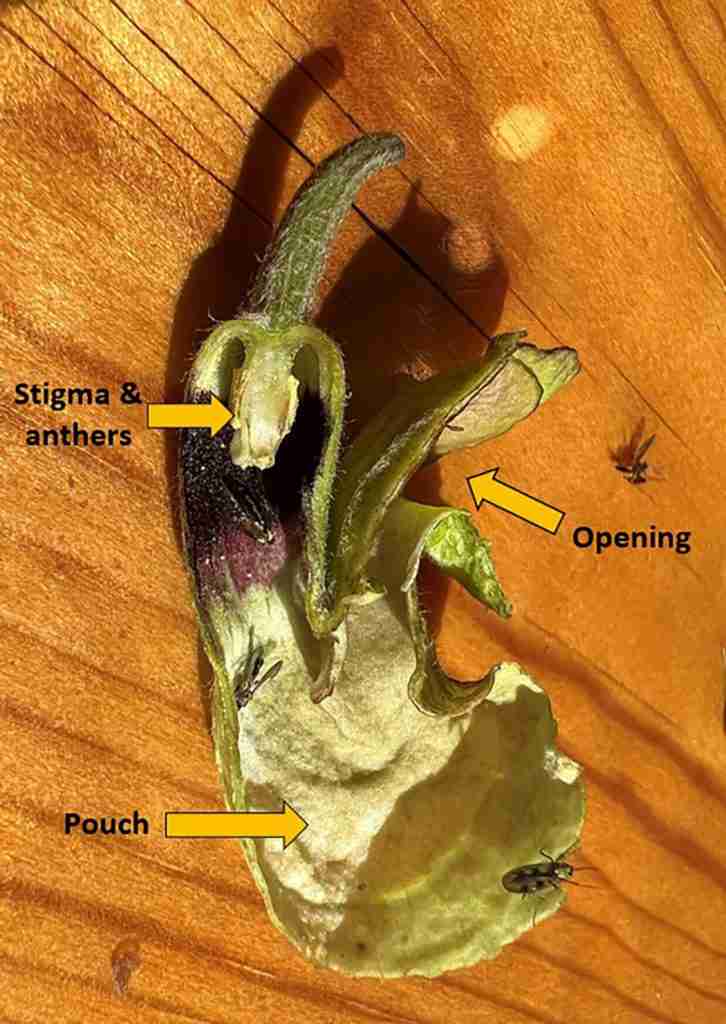 A close up of some of the dead flies. After doing some reading in a recent article by Borkent, Hauser, and Shepard (2020), I found out that some of the main pollinators are fungus gnats. 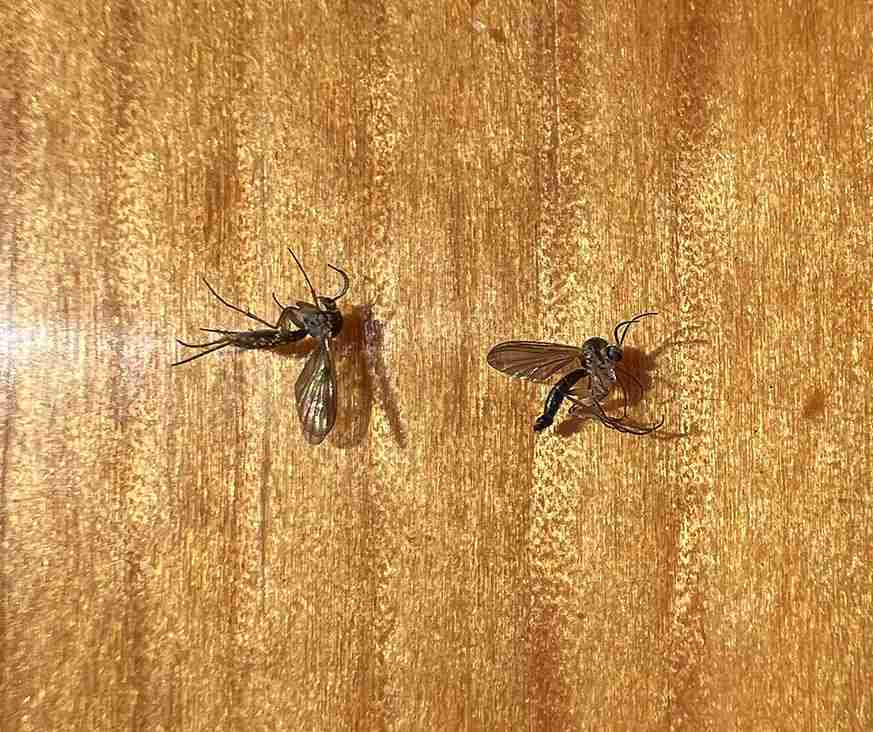 Time to dissect an older flower. What’s this? Nineteen flies in one flower! Still in the pouch on the left and dumped out on the table to count them on the right. 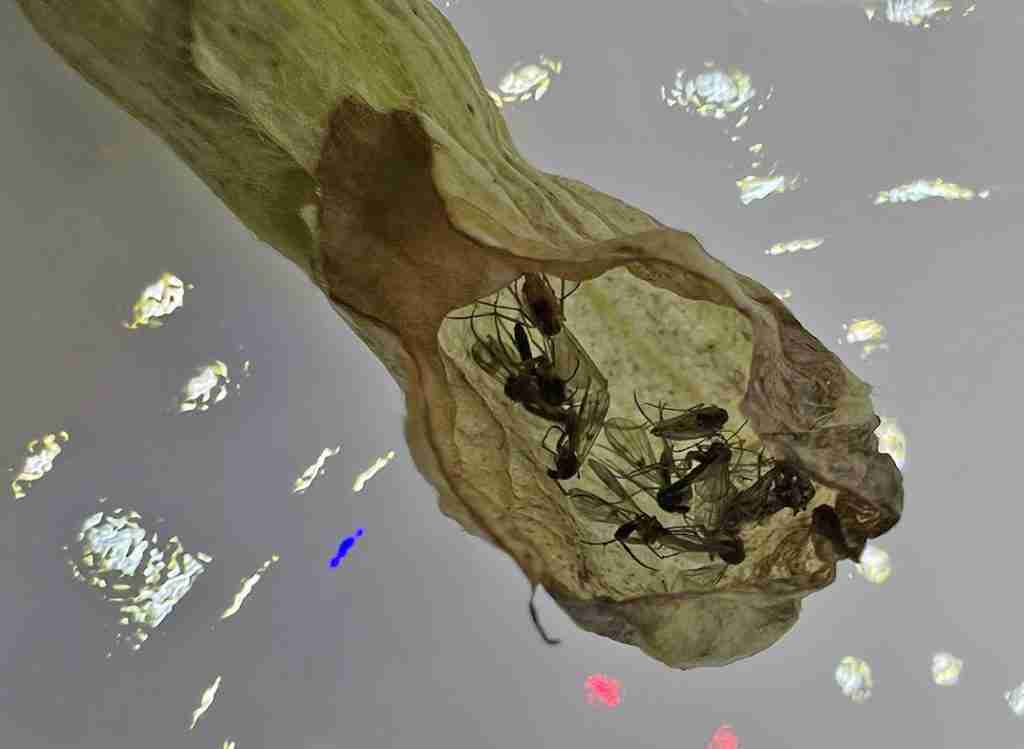 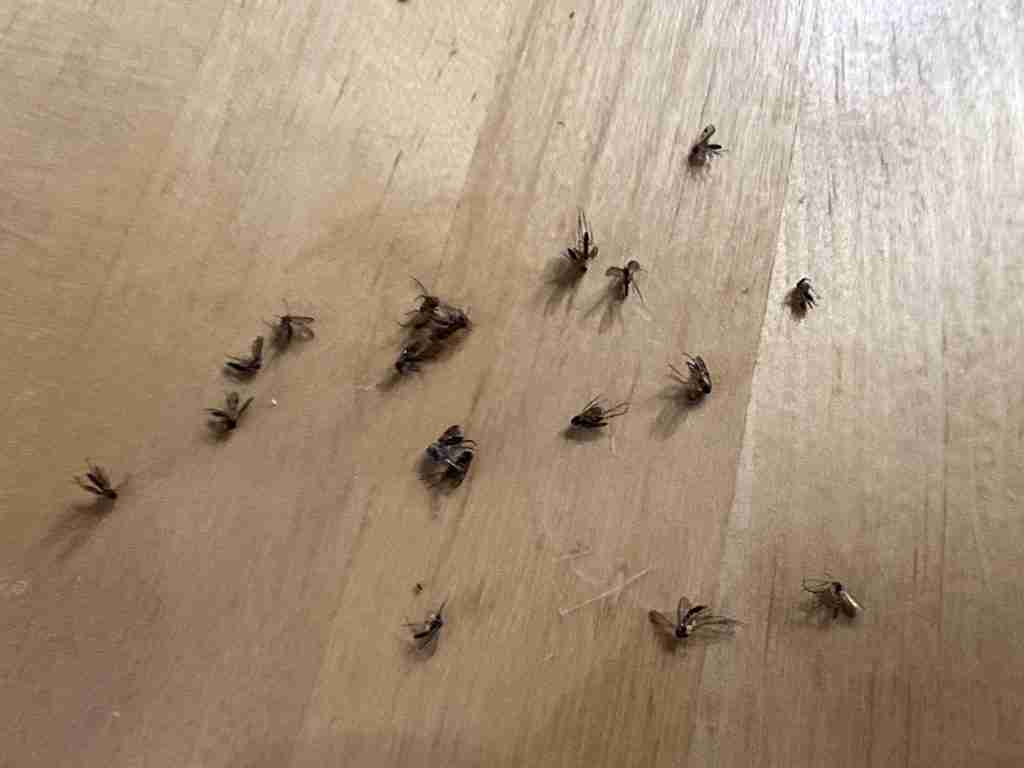 Next, I decided to play around with some backlighting. Here you can see that the maroon-black tissue in the neck of the flower glows bright red when backlit.

At this point, I started reading more about California pipevine online and in the scientific literature. One online article said that the flower changes shape over time. Initially, it supposedly has one shape that serves to trap the flies. Then, once enough pollen has been collected, it supposedly changes shape to let them out to pollinate the next flower. Based on the number of dead flies that had been trapped in one of the older flowers, this seems doubtful. Also, when I lined up the flowers from immature and unopened (below left), to recently opened (below middle), to mature and starting to die (below right), I don’t see that the overall shape of the flower has changed at all.

Vertical cross sections of each of those flowers below. Pretty much an unobstructed passageway from the opening on the right to the anthers and stigma on the left at all stages of development.

An article by George Stebbins, an evolutionary biologist, argued that the flies initially are attracted into the flower by the scent, but then once inside, their propensity to fly upwards and towards light ends up sending them up to the side with the pollen. Let’s follow this from the fly’s perspective below (Stebbins essentially did this same series of photos back in 1971. I’m just doing it again with the benefit of color photography). 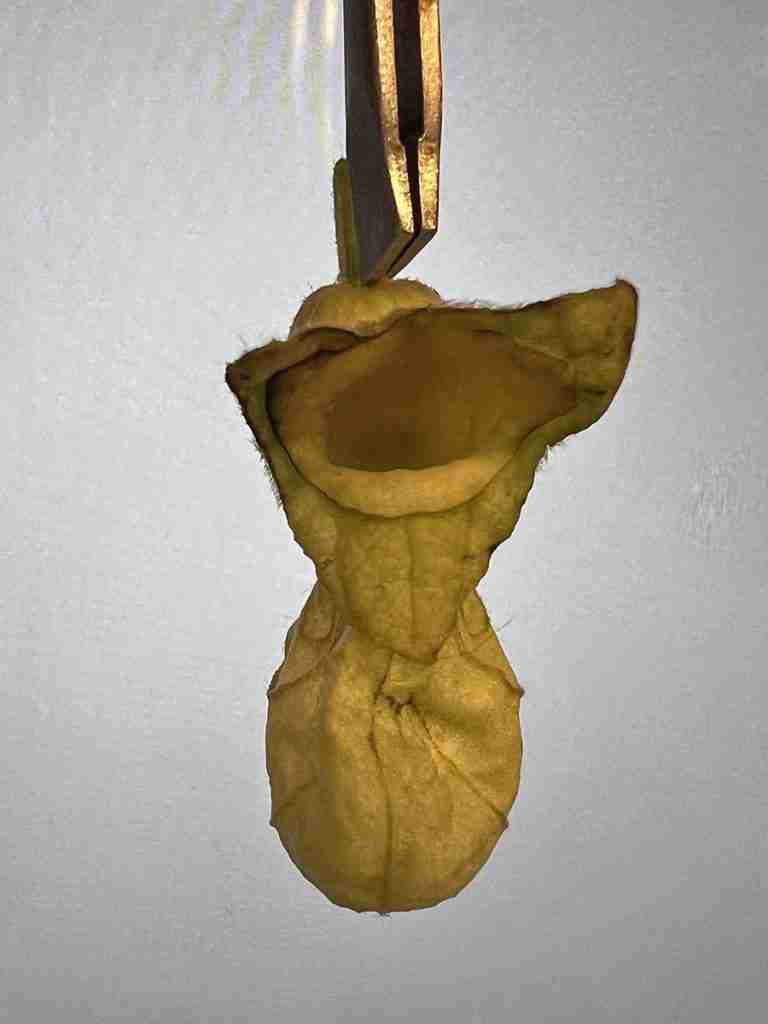 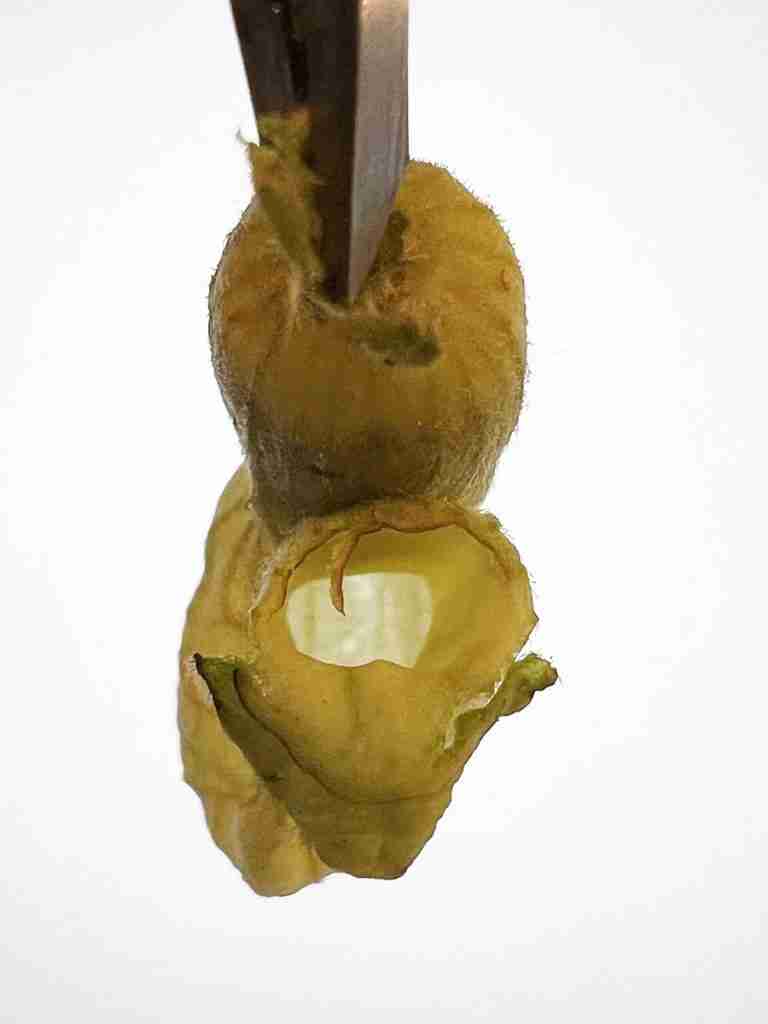 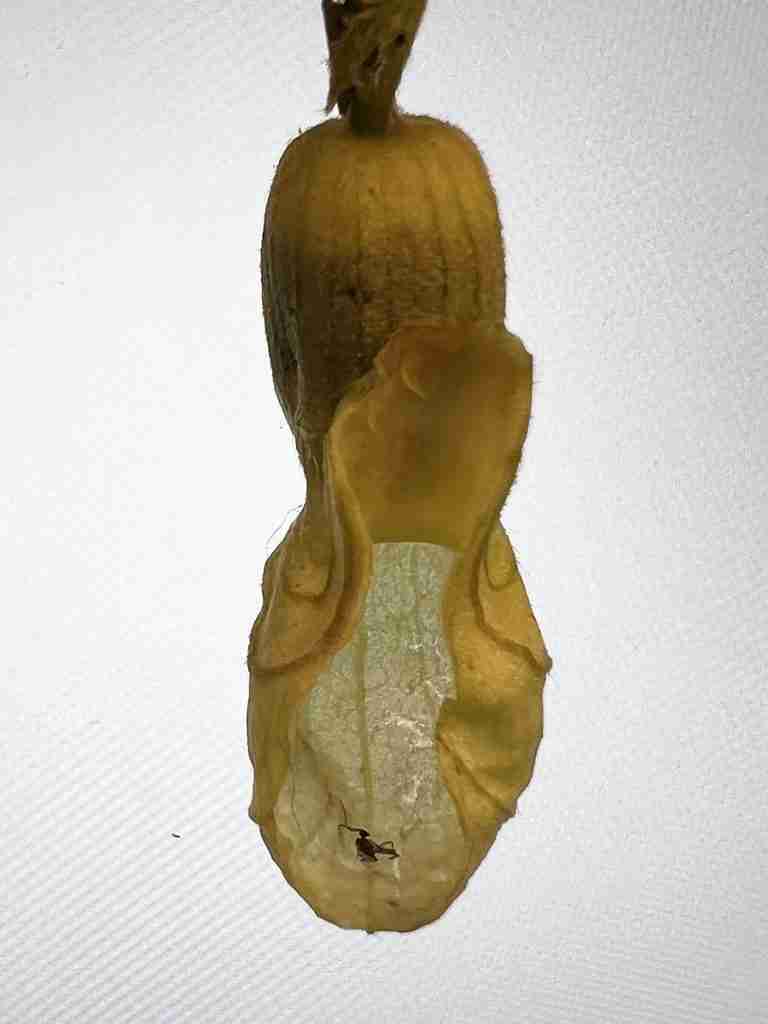 Now, looking up from the pouch into the mouth of the flower (bottom) and flower neck (top). You can see a lot more light is transmitted through the thin green tissues surrounding the anthers and stigma than is transmitted through the mouth. If I was attracted to light, I would definitely be more attracted to the neck of the flower. Alternatively, I wonder where the scent is produced? I would assume it is somewhere near the stigma and anthers, but I don’t know for sure. As Stebbins said, this isn’t the most efficient way to be pollinated, but the vines live a long time, so even if seed set is relatively infrequent, occasionally you would get some seed produced over the lifetime of the plant. I  can’t help but wonder about the number of dead flies that I found in one of the older flowers above. They didn’t look like they were being digested and the flower soon shrivels up afterwards, so I don’t think they are providing any nutrition. What a weird mechanism for pollination, but it was fun to learn more about it. Hope you enjoyed this little journey too.

Notes: Lots of rain and lots of weeds.